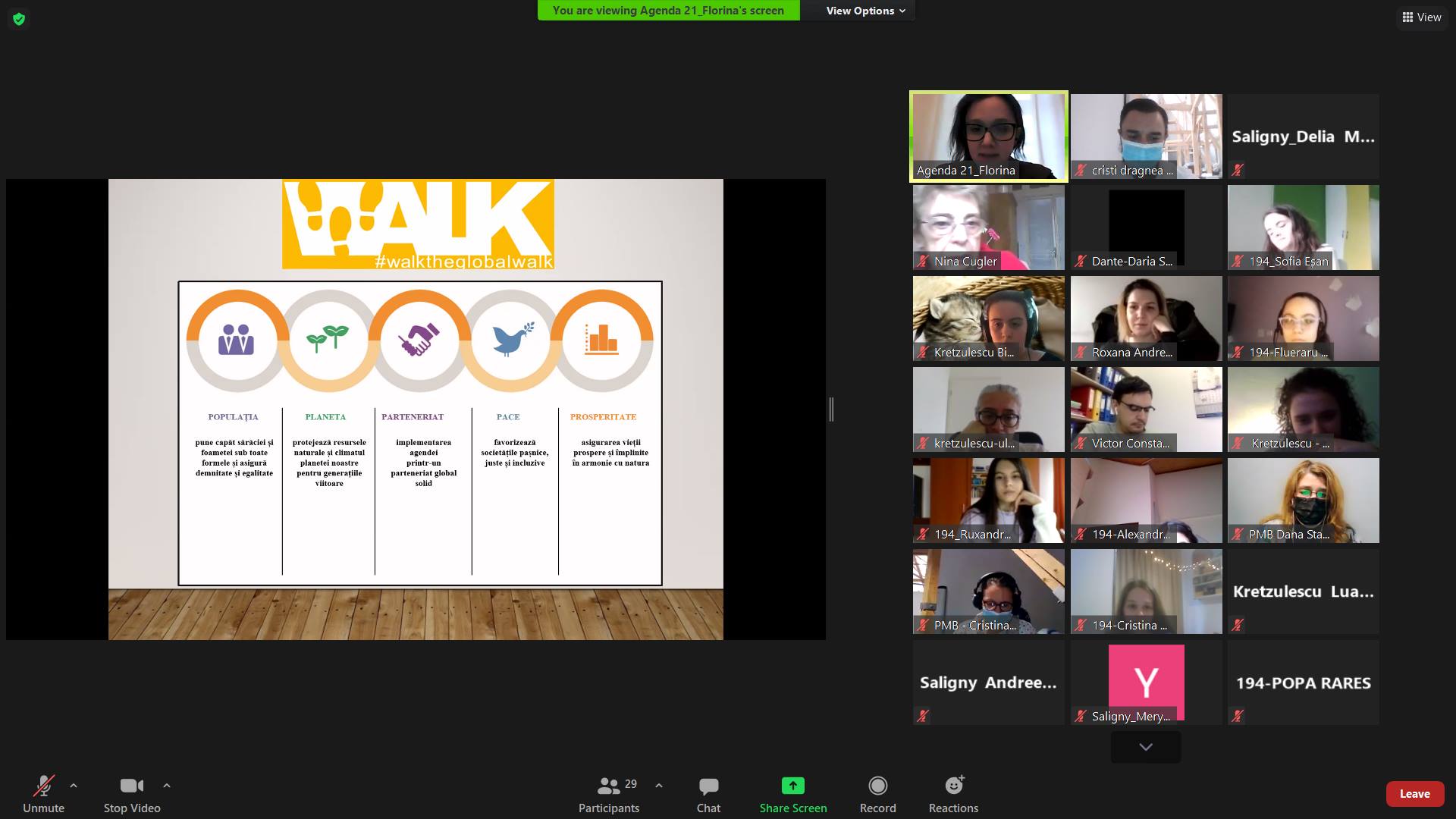 Between March 3-11, 3 planning workshops on #ODD16 - Peace, Justice and Efficient Institutions took place in Bucharest within the Walk the Global Walk project, implemented by the Bucharest City Hall, through the Culture, Education and Tourism Department, and the Association for Assistance and Programs for Sustainable Development - Agenda 21.

The objective of the workshops was to bring to the same "virtual" table, students and public administration authorities of Bucharest to plan together the actions that will take place this year during the Sustainable Development Goals European Week.

The main conclusion of the 3 meetings was that the 17 Sustainable Development Goals (SDGs), brought together informally and under the name of Global Objectives of the 2030 Agenda, can be achieved only through a much stronger collaboration of all social actors, both nationally as well as internationally. In support of this conclusion, the unitary response of the world's states to the SARS-CoV-2 pandemic was also invoked.

Along with the 3 planning workshops, 48 ​​students and 12 teachers participated, in February of this year, in 5 introductory workshops in the conceptual issue of SDG16 - Peace, Justice and Effective Institutions.